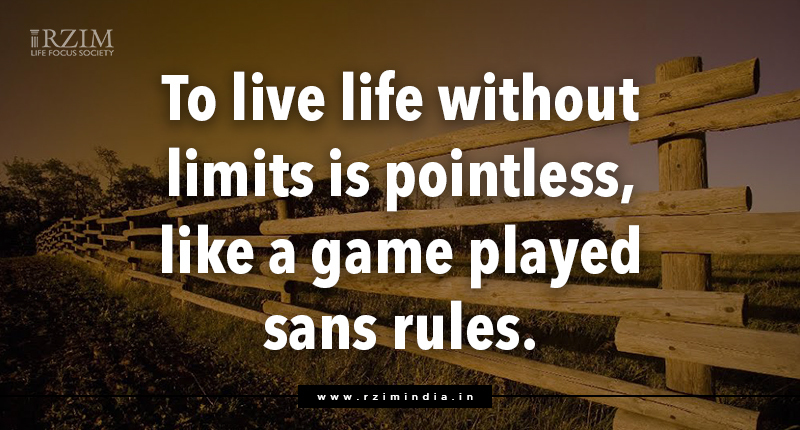 There are at least four kinds of freedoms that God grants us humans: The freedom of ability, boundary, conscience, and duty. Call them the ABCD of freedom. In the first place, there is the freedom of ability. If God makes demands of us; He also gives us the ability to meet those demands. He does not give us tasks and purposes without first enabling us to perform them.

Jesus Christ did not simply command a paralytic to stand up, take his mat, and walk. He also enabled the man to obey the command by first healing him (John 5: 8, 9). As the intellectual, Ravi Zacharias, puts it, ‘God who prepares the burden for the back also prepares the back for the burden.’ To be free is thus to be unshackled from the things that restrict us.

However, freedom is not merely throwing off all restraints and shackles completely. The opening sentence of Rousseau’s The Social Contract is often invoked in calls for freedom: ‘Man is born free and everywhere he is in chains.’ A view of freedom that resists and rejects all boundaries is not meaningful or safe. Neither is it true freedom. The freedom given by God to humans is not one without boundaries. To live life without limits is as meaningless as playing a game, any game, without rules.

Freedom without boundaries is also dangerous, endangering both ourselves and others. Traffic rules and bridge parapets are meant to keep us safe – and, in so doing, in fact, enhance our ability to drive freely. Similarly, God’s moral boundaries and limits are given, not to limit our freedom, but to enhance it. This is the second freedom: the freedom of boundary.

When in 1521, the Protestant reformer Martin Luther stood up for his ideas against the combined might of the church and empire, his defence was: ‘My conscience is captive to the Word of God. Thus I cannot and I will not recant, because acting against one’s conscience is neither safe nor sound. God help me. Amen.’ To be bound by conscience is to be truly free.

We may be all that we want to be and do all that we want to do, but when we do not have the freedom to be what we ought to be and to do what we ought to do, then we are not truly free. In other words, when internal impulsions and external compulsions inhibit us from performing our duties – whether they are to God, to conscience, to ourselves, to other humans, to our nation or other nations, or to creation – then we cannot be said to be truly free.

These are some of the elements of freedom – the freedom that God gives us, our forebears died for, and we must live for.

The article by Dr. Kethoser (Aniu) Kevichusa was published in Times of India on August 12, 2016