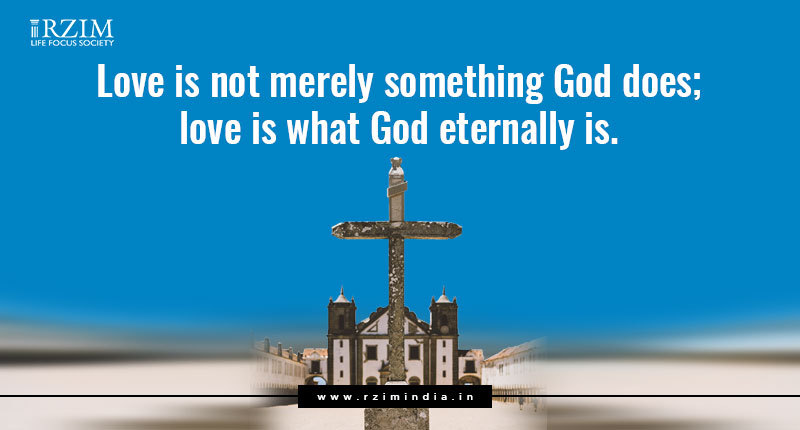 The Urban Dictionary is a resource that I’m frequenting ever so often these days. In one of my recent visits, I chanced upon the phrase, “Sacrificing the Lamb”. Ever wondered what it could mean? Tada…

“Act of cutting a girl off. Definitely a girl that makes you think she is innocent (lamb)

but is constantly going behind your back and thinking you don’t know what is going on.”

“Man, I had to sacrifice the lamb this weekend because I found out about a whole bunch of things she did. You should try sacrificing the lamb and trying to find another girl. She is doing you dirty”.1

Oh, to what depths have we fallen (even linguistically)? The word Sacrifice at its root carries the idea of Sacre (Latin for Holiness).2And here we are today abusing the sacredness of the phrase “Sacrificing the Lamb” — a picture of the Agnus Dei (Lamb of God) that was sacrificed on the cross –An awesome expression of God’s Holiness, Anger, Justice, Love and Mercy all displayed to perfection, to mean something so trite, if not trivial. Sacrilege, to say the least. The Scriptures teach us that Jesus, is the “Lamb of God” (John 1:29, 36) and that he was the “Lamb that was slain” (Rev. 5:9, 12). There are two interesting portions in the Bible that seem to allude to the Lamb that was chosen (slain) from (before) the foundations of the world! (Rev. 13:8, NIV and 1 Pet. 1:18-20).

have not been written in the Lamb’s book of life,

the Lamb who was slain from the creation of the world.

There is some doubt about the connection of the words “from the foundation of the world.” Some connect them with the word “written”: this would express that the names were written “from the foundation of the world” in the book. Others connect them with the word “slain”: this expresses that the Lamb was slain from the foundation of the world. It seems more natural to take the words in their simple order. (Ellicott, Jamieson-Fausset-Brown, Vincent)3This seems to suggest that, the Sacrifice of the Lamb of God could not have been troubleshooting or fire-fighting like we normally imagine it to be. In medical parlance, it doesn’t appear to be symptomatic treatment alone but also prophylactic, if I may. Oftentimes, it isn’t unusual to imagine the Godhead seated with fingers crossed, zoomed-in on the Tree of Good and Evil, restless and nail-biting, waiting to see if Adam and Eve would fall a prey to the schemes of the sneaky Snake (as my daughter calls him)! When the story got sour, and the duo succumbed, then we imagine a frantic committee meeting called in heaven, brainstorming the way forward! And sweet Jesus, standing up to volunteer ‘playing’ Messiah and was unanimously voted to do the honours. Thanks to all the movies, cartoons, caricatures and comics, creativity in short, that has ‘unleashed’ our imagination thus.

The salvific plan, the sacrifice, the cross, the Christ, given the omniscience and infinitude of the Godhead, is surely not a divine knee-jerk, on the startling discovery of the tragic fall of Man and all its entailments. If the Lamb of God were slain before the foundations of the world, according to our current reading, it would then require that even before the foundations of ‘Project World’ were set in place, the Wisdom of God saw, required and provided the “Sacrifice”; a prerequisite to kick start ‘Mission World’.

But why would an all-wise and perfect God go such extremes to sacrifice his priceless Son, the Second Person of the Trinity, to build a-something new, that would disappoint him and in turn require a supreme sacrifice to reconcile ‘rebels’ to himself. Wouldn’t it have been better, if God had not initiated this Project at all? This endeavour could, would and possibly did, cause a certain perichoretic distress as the mutilated Messiah would later, in the fulfilment of time cry, “Eloi, Eloi, lama sabachthani?” (Mark 15:34). All for love! In fact, John wrote simply that “God is love” (1 John 4:8-9,16)—perhaps the most powerful statement ever made about God’s love. God is not merely a loving God, but God is love, and love defines His very essence. Every action of God has been carried out, ultimately, because of His magnificent love.4Love is not merely something God does; love is what God eternally is.5For Love to be Love, it has to be self-giving and that is what we see here unfold.

What a lofty price!

Imagine a perfect family of three. Having no need. No flaws. No lacunae. Sufficient and complete in all aspects imaginable. Perfect in love and oneness. Inseparable. Harmonious. Utterly perfect. They set out on a walk down their street one day and round the corner they meet a violent, rebellious, vile and deranged young lad. Inflicting harm on others and most of all, on himself. The perfect family of love, choose to reach out, to help, protect, heal, restore, love. The least they could do therefore was to adopt (include) him into their perfect circle of love.  Knowing full well that the ‘adoption’ of this ‘new son’ into the family could and would surely be a threat to the very life of their own precious Son. Sure enough as they lavished their love and care on the adopted, one treacherous day, it was required that the true Son allowed himself to suffer abuse, mutilation and murder by the violent and vile new kid brother. If you thought that’s the most ridiculous thing that could have ever happened – it sure was! It appears that, in order to make provision to adopt the vile and the deranged us into his circle of love, the wisdom of the Omniscient saw it necessary to first require the ‘prophylactic’ sacrifice of His Eternal Son on the altar, from/before the foundations of the world. Oh, what a lofty price, to purchase our pitiful souls. An ‘insane’ sacrifice to reclaim our sanity!

To restore ‘the broke’!

Three year olds have questions galore, and our daughter is no exception. Around our wedding anniversary, as my wife and I were sampling our 11-year-old wedding album, she asked the notorious, “Where was Micha, on your wedding day? Did you not take me for your wedding?” My wife, almost instantly replied, “You were in God’s thoughts, Michie!” (Theologians, please feel free to disagree). Could it be that the Lamb of God, was slain in the mind of God before the foundations of the world and in the fullness of time, revealed it to us (1 Pet. 1:18-20) just 2000 years ago? So here we have an Eternal Triune God, whose essence is Love, and true to his character he expresses it by creating this world and us to rule it, all out of love. To enable us the high privilege of being loved, allowing us the pleasure of a faint taste of the fullness of love between the members of the Trinity. Wiring us with the ability to not only be recipients of his love but also enabling us to be agents of the same to others. But all of this required the Agnus Dei, to be first sacrificed on the Altar of Love – the Cross, in the mind of God for this divine story of love to even unfold.

As Ken Ham says it so well, could it be that “When God created the heavenly bodies … “for signs and for seasons and for days and years,” (Gen. 1:14), He knew that one of the signs would be for the time the Son of God would become a man, born of a Virgin in a town called Bethlehem. When God made the trees (and all plants) … (Gen. 1:11), He knew that a tree would one day be used for the most evil event of history: when evil men would crucify the Son of God. And yet, by God’s foreknowledge and predetermined plan, this event would occur for the salvation of souls. When God made the land animals … (Genesis 1:24), he knew that He would soon sacrifice at least one of those animals because of our sin in Adam—and He knew He had predetermined that this would one day happen to the Son of God, so we could receive the free gift of salvation. When God cursed the ground and caused thorns and thistles to grow because of sin (Genesis 3:18), contemplate the fact that God knew that one day, thorns would be used to pierce the brow of His Son as He hung on that tree paying the penalty for our sin. “And they clothed him with purple, and platted a crown of thorns, and put it about his head … (Mark 15:17)”.6

We the deranged beloved

Crude as it may sound, I can’t help but think of this God as a love-sick-someone who’s incessantly and shamelessly pursuing and wooing his ‘deranged’ beloved, who forever seems to be slamming the door on His face, turn her back on him and shutting him off. Writing off, this priceless Celestial Love.

Dare not, sacrifice the Lamb, yet again!