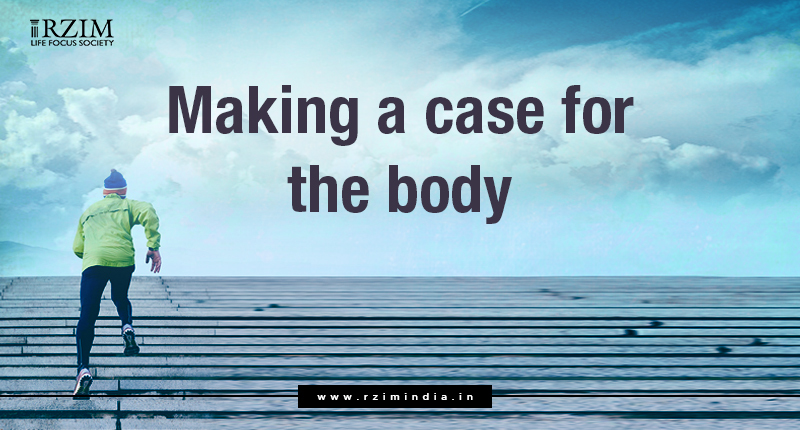 Christianity is not the most “flashy” of religions; but it is the most “fleshy.” The Christian faith does not consider the material world as inherently evil. In fact, it considers the goodness of the material world, including the human body. According to the Christian worldview, the truth of the goodness of the human body stands on four foundational pillars: creation, incarnation, sanctification, and new creation.

God not only created the world; He has also redeemed the world. The redemption of the world happens through the person and work of Jesus Christ, the Incarnate One. The word “incarnation” comes from Latin, and literally means “to make into flesh.” Because God was able to take human bodily form, Christians deny that the body as such is evil. If it were evil, God, who is perfectly holy, could not have become one. By taking up human bodily form in Jesus of Nazareth, God has put his seal of approval upon the human body.

But although the material world, including the body, is not inherently evil, the body and its organs can become “instruments of unrighteousness” (Rom. 6:13). The fleshy self can become the fleshly self. It is primarily through the body that we engage in sin. Sins of the soul are always committed in the body. The human being, by letting “sin reign in your mortal body” (Rom. 6:12), becomes a “body of sin” (Rom. 6:6). This is the sinful – and “sinfull” – human condition.

The body is not just created, redeemed, and sanctified by God; it is also to be renewed and restored by God. A central Christian affirmation is: “We believe in the resurrection of the body.” The Resurrection of Jesus is the guarantee and prototype of the renewal of the whole of creation, including the bodies of those who put their trust in Christ. Our final destiny and state is not one of existence as disembodied souls in “heaven”; it is one of embodied souls – or “ensouled bodies” – in renewed creation.

These four foundational truths about the human body make it imperative upon Christians to take their material bodies with full seriousness. Like Paul, Christians are to do and to say, “I discipline my body and keep it under control” (1 Cor. 9:27), and “to present your bodies as a living sacrifice, holy and acceptable to God, which is your spiritual worship” (Rom.12:1). To care for God’s good creation must begin with that part of creation over which each person has the opportunity, the responsibility, and the authority – his or her body. I am what I do with my body.