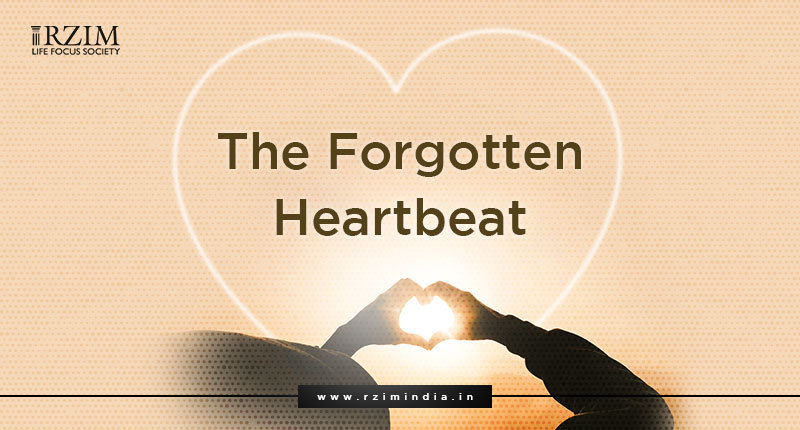 It’s a cold February morning as I get ready for yet another day in the lab.  Open the door; a step outside; deep breath and it hits me, ‘Love is in the air’; or maybe it’s just my allergies.  Echoes of the philosopher Ted Mosby ring in my ears, “Love is totally non-sensical. But we have to keep doing it, or else we’re lost, and love is dead, and humanity just packed in.  Because love is the best thing we do.” Clearly, I have procrastinated keeping my appointment with the ENT long enough.  But it’s a thought worth considering.  Is love the best thing we do?  If so, how come?  And what does that speak of the worldview we subscribe to? Could our god(s) be romantic?  The following article is a humble attempt to begin to understand the complexities of this enigma and paint romance with a fresh colour.

For the sake of convenience, the terms love and romance have been used interchangeably.

Love Submits: “I love you with so much of my heart that none is left to protest” – Much Ado About Nothing

At the very outset of this inquiry we face a conundrum: ‘Can a lonely god be loving?’  For love by nature seeks community.  Of all the prominent monotheistic faiths, this question is answered only in the Trinity.  The early church leaders understood that there is a mystery within the nature of God in the sense that it displays plurality within the Godhead.  To further elucidate this thought they introduced the concept of ‘Perichoresis’. They pictured Yahweh (the father), Jesus (the son) and Pneuma or wind (the Holy Spirit) dancing in a circle. A dance that celebrated their union such that the demarcation of where one of them ends and the other begins have all been erased.[1]  The Son keeps surrendering himself to the Father and the Spirit; the Spirit enamours the Father and the Son; and the Father lays down everything at the feet of the Son through the Spirit. C. S. Lewis discourses that the Father exists only because the Son exists and vice versa.  Also, that their perpetual communion and submission to each other is the precursor for existence of the Holy Spirit.[2]  L. T. Jeyachandran posits that the Holy Spirit is the light through which the Father sees the Son and the Son sees the Father.[3]

The story is told in the Torah of a prophet named Hosea.  One day God tells him to go and marry Gomer, a woman of ill-repute.  Hosea complies only to find that his wife has been having a string of affairs behind his back.   A riveting monologue follows where God screams out his pain and vulnerability for his beloved who has repeatedly abused his love in exchange for promiscuity.  But then a paradigm shift takes place and the writer records God saying, “I will allure her to the desert; I will lead her into the wilderness and speak tenderly to her… In that day, you will call me ‘My Husband’ and no more ‘My Master’…  I will betroth you to me forever; I will betroth you to me in righteousness and justice; in love and compassion.”  Upon hearing again from God, Hosea goes back to Gomer but finds her sold off as a slave perceivably for the fancy of random strangers.  He pays for her freedom and restores back her dignity.  Forgiveness and purity are inherent to the restoration work of romance.

We read in the Bible the story about a woman who, known to all, was leading a sinful life.  Her desperation to meet Jesus drew her into the house of one of the most affluent members of the society. It is safe to assume that she must have had to overcome physical resistance and heckling from others present just to reach his feet. But once there, all she could do was sob uncontrollably.  And then in a moment of surrender, she wipes his feet with her hair and covers them with kisses. She takes it one more step further, breaks a jar of perfume and anoints his feet.  There is nothing surreal about this story.    Romance celebrates individuality.

Love yearns for Eternity: “Forever and a day” – As you like it

A few months ago, I went to meet my then girlfriend all the way to the other side of the country.  She had no idea I was about to propose to her.  From the second I met her at the airport, almost involuntarily, I’d take notice of the tiniest, seemingly most inconsequential things about her.  Her fingers, ears, that sharp little nose; all her 5’2” frame that finally came to my eye level when I went down on my knee.  Capturing each moment, each breath, every smile and hoping with all my being that I get to be a part of her life for as long as I can.  To look at her and realize that I was made to love her and cherish her with all I have, until even time melts away behind us and all that remains is ‘now and forever’.  N. T. Wright would probably argue that it is in the light of these realities we see glimpses of a life beyond this one.[4]  Solomon plainly put it as, “God has planted eternity in our heart”. Love by nature seeks and yearns for eternity, irrespective of what it may cost.

This is epitomised when the Father gave us His Son, Jesus. To be scorned and pierced just to restore us back to where we belong – in the Perichoresis. Right in the centre of God’s love.

Is God romantic?  The cross just says it all!