Posted in Technology
Home Page
>
Technology
>
Social Media and The Quest for Identity
Posted on March 1, 2018August 11, 2020
by Jacob Cheriyan 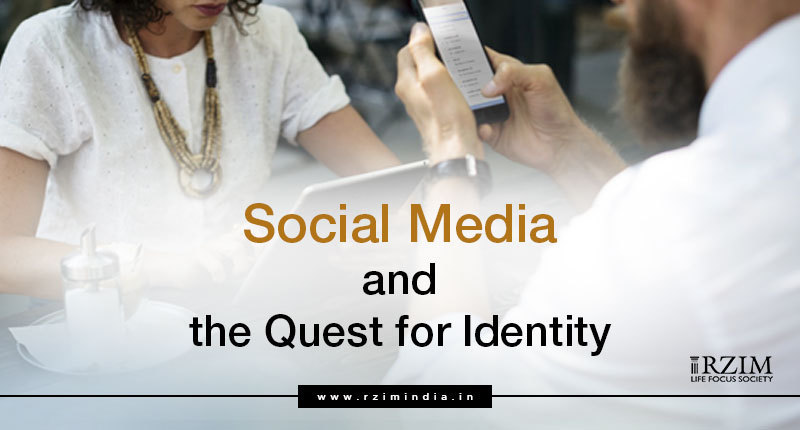 The Episode ‘Nosedive’ from the series Black mirror shows us a dystopian world where everything is governed by a person’s ratings on social media. In this world social media ratings have become the basic currency. A person’s salary, housing, invitations to weddings, social status, all of them depend on how high or how low their ratings are.

They even have professional counsellors who can guide a person to boost their social media score. Those who have a score of more than 4.5 are regarded the elite of the society. They have access to better jobs, housing, better cars, preference on flights and a lot more. Every conversation becomes an opportunity to rate the other person. The people of this world have trained themselves to relate to another in such a way that they are rated well at the end of it. Everything in life has become a transaction to increase one’s score. Almost every single human being in this world derives their sense of worth, identity and meaning from these ratings.

Though this might seem very bizarre and purely a work of fiction it shows us a very important aspect. Black mirror seems to be doing something similar to what the Biblical prophets did in the Old Testament. The prophets did not just foretell what would happen in the future but they also did something called forth-telling. Forth-telling is basically showing how society will look like in the future if people in that society continue in their present ways. That is, if society is like this now then the logical conclusion to it will be such and such in the future, hence change your ways in the present so that you can inhabit a more favourable future. For example, the prophet Jonah goes to  Nineveh and tells the people that because of their idolatrous ways the city would be overthrown in 40 days. When the people take Jonah seriously, repent for their actions and change their ways, the destruction is averted. Forth telling was a common way to open people’s eyes to the logical conclusion of their actions.

Based on how technology controls people’s lives today, it is not very difficult for us to see this dystopian world portrayed in Nosedive become a reality. Lacie, the protagonist in the series, does everything  for the sake of her ratings. She rehearses her smile over and over again and finalises on the one she feels will get her more likes. She dresses in a certain way so that it pleases her colleagues and translates into ratings. She even eats things she does not want to just so that she can take a picture and upload it. Her entire sense of self-worth and dignity comes from her ratings, which brings us to the central theme of the episode and also one of the most important aspects that social media distorts – One’s Self- Identity.

Soren Kierkegaard in his book Sickness unto Death clarifies about Sin not just as doing bad things or breaking moral laws, but Sin, Kierkegaard says, is building your identity on anything other than God. To derive our sense of worth and value from temporal things in this world, rather than the eternal God. When we put our identity on something else, then that very thing becomes our idol. It is too reductionist to view Idols as mere statues or images. Anything from which we derive our ultimate sense of meaning and purpose becomes our idol. A good way to understand our idols is to ask ourselves the question, what is that one thing which if we lose, we will be reduced to nothing? For example, a person whose idol is money will feel that he has no reason to live once he has lost all his wealth.  A person whose idol is power will feel absolutely worthless once he is sacked from a position of authority.

In the series Lacie has made social media ratings her supreme idol. It controls and dictates all her actions.  And just like any Idol, once we give it that power, it subjugates us and makes us its slave. We see clearly through the series that Lacie is a slave to these ratings. She loses herself completely in this frantic chase to get a rating of 4.2. The idol dictates her every action and thought pattern, till it finally extracts everything and sucks her dry. What is true for Lacie can be said about millions of people around the world today. Many get their ultimate sense of worth and validation from how others view them on their social media platforms. They become preoccupied in portraying a larger than life image on social media and in the process become a slave to its dictates.

So what are we to do then? Does the answer lie in throwing away technology completely? or not using social media at all? well, absolutely not, because even if we do, we will only replace it with something else. The answer lies in rooting our identity in a God who loves us unconditionally. Who does not exploit or abuse us, but has taken suffering on Himself so that we can have a life abundant. Once we root our identity in God, then we derive our ultimate sense of worth and identity in Him, children of God who are loved and valued. It is then we can use any medium or technology for much greater purposes. Social Media is a great tool, it helps connect with each other in a way we never could. By rooting our identity in God, we do not have to be controlled by it but can leverage it to spread love, strengthen relationships, encourage one another, be real with each other and a lot more.