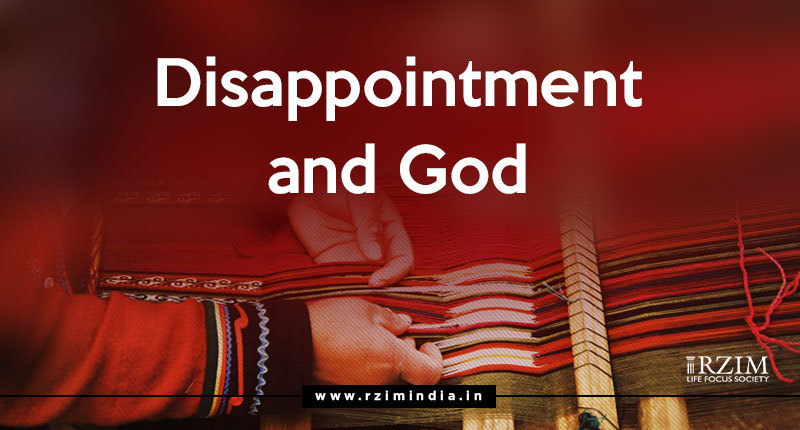 I struggled as a teenager growing up in Delhi. Failure was writ large on my life. My dad basically looked at me and said, “You know, you’re going to be a huge embarrassment to the family—one failure after another.” And he was right given the way I was headed. I wanted to get out of everything I was setting my hand to, and I lacked discipline.

During this time, India was at war and the defense academy was looking for general duties pilots to be trained. So I applied and I went to be interviewed, which involved an overnight train journey from the city of Delhi. It was winter time and we were outside freezing for about five days as we went through physical endurance and other tests. There were three hundred applicants; they were going to select ten. On the last day they put their selection of names out on the board, and I was positioned number three.

I phoned my family and said, “You aren’t going to believe this. I’m going to make it. I’m number three. The only thing that’s left is the interview. The psychological testing is tomorrow, and I’ll be home.”

The next morning I began my interview with the chief commanding officer, who looked to me like Churchill sitting across the table. He asked me question after question. Then he said, “Son, I’m going to break your heart today.” He continued, “I’m going to reject you. I’m not going to pass you in this test.”

“Yes. Psychologically, you’re not wired to kill. And this job is about killing.”

I felt that I was on the verge of wanting to prove him wrong—but I knew better, both for moral reasons and for his size! I went back to my room and didn’t talk to anybody. I packed my bags, got into the train, and arrived in Delhi. My parents and friends were waiting at the platform with garlands and sweets in their hands to congratulate me. No one knew. I thought to myself, “How do I even handle this? Where do I even begin?” They were celebrating, and yet for me, it was all over.

Or so I thought.

I was to discover later that God is the Grand Weaver of our lives. Every thread matters and is there for a purpose. Had I been selected, I would have had to commit twenty years to the Indian armed forces. It was the very next year that my father had the opportunity to move to Canada. My brother and I moved there as the first installment, and the rest of them followed. It was there I was in business school and God redirected my path to theological training. It was there that I met my wife, Margie; there my whole life changed. The rest is history. Had I been in the Indian Air Force, who knows what thread I’d have pulled to try to wreck the fabric.

Thankfully, our disappointments matter to God, and God has a way of taking even some of the bitterest moments we go through and making them into something of great significance in our lives. It’s hard to understand at the time. Not one of us says, “I can hardly wait to see where this thread is going to fit.”  Rather, we say, “This is not the pattern I want.” Yet one day the Shepherd of our souls will put it all together—and give us an eternity to revel in the marvel of what God has done. Our Father holds the threads of the design, and I’m so immensely grateful that God is the Grand Weaver.

The article appeared in Slice of Infinity column on November 9, 2017. Excerpted and adapted from Ravi Zacharias’s The Grand Weaver: How God Shapes Us Through the Events of Our Lives (Grand Rapids: Zondervan, 2007).