Posted in Uncategorized
Home Page
>
Uncategorized
>
The (Other) Allegory of the Cave
Posted on July 12, 2018August 11, 2020
by Kethoser (Aniu) Kevichusa 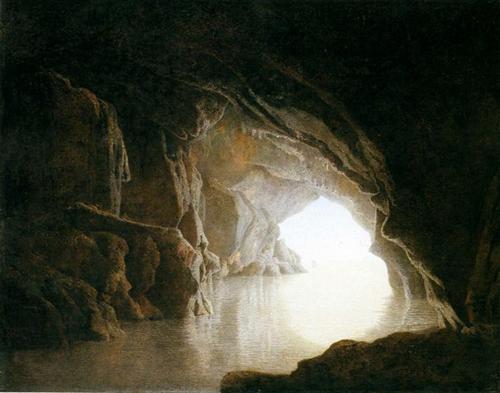 The story of the twelve Thai boys in the cave, which gripped the attention and held the breath of the world for over a fortnight, has, thankfully, ended happily. One is quite aware that this real-life story, as all such poignant stories, should be taken in its own unicity and integrity. Real stories are not mere stories to be insensitively and carelessly “used” for analogical or allegorical purposes—an infraction of which (we) preachers are often guilty.

And yet, irresistibly, the 18-day saga of the “Dingy Dozen” is an almost-perfect dramatic enactment of the gospel story. In the first place, we have the twelve members of the “Wild Boars” football team, who went on a “wild bore” into the cave. These boys were no ordinary boys. They were all ably-gifted with fine genes, ample talent, and bright futures. But through a mixture of daredevilry and delinquency, chance and circumstance, they ended up where they ended up, precariously perched on a ledge, helpless and hopeless—“between a rock and a hard place” and “between the devil and the deep blue sea” rolled into one!

This ordeal and predicament of “The Twelve” is a snapshot of the human condition, as diagnosed by the Bible. “Twelve Tribes” or “Twelve Apostles” created good and glorious, but invariably “foolish, disobedient, led astray, enslaved,” find their way into lostness.(1) They got there on their own, but they can no longer get out on their own. No way forward. No way back. No light. No food. No air. No help. No hope:

Then suddenly: “The people who walked in darkness have seen a great light. Those who dwelt in a land of deep darkness, on them has light shone.”(3) Not unlike the two British cave-divers—strangers from a distant land—who came searching for, shone their light on, and spoke to the boys, God, the Stranger, comes to us, shines his light on us, and asks: “Where are you?”(4)

The search has ended.
But the rescue has only begun.

The tragic death of the Navy SEAL diver, Saman Kunan, brings us close to what is at the heart of the gospel—namely, sacrifice. In the process of supplying oxygen canisters to the boys, this hero ran out of air himself. Jesus, too, came into the world to give us life, and, in the process, laid down his own. Jesus did not just give us life. He gave us his life. For greater love has no one than this, that someone lay down his life for his friends.

“When you go home, tell them of us and say: For their tomorrow, we gave our today.”(5)

Even then, the boys still had the waters to traverse, a baptism to undergo, and the serpentine tunnel to navigate—not unlike the people of Israel, who, although they had been redeemed from Egypt, still had to face and pass through the chaos of the sea, navigate the dry and dreary wilderness, suffer from snakebites, and cross the Jordan river.

So also is the life of those who will follow Christ. We have been reached and redeemed. But we have a baptism to undergo. We have to negotiate the rocky perils, pitfalls, and pains of life, face the chaotic waters of chance and necessity, and endure the chokings of the serpentine enemy of our souls. We often do not see the light at the end of the tunnel.

But like the boys, we have now been supplied food, drink, and air: God’s word, the Lord’s table, eternal life. And, as each boy was led and accompanied along the journey back by two expert Navy SEALs, alongside us have also come the seal of God’s Spirit and the sealed Bride of Christ—the Church to guarantee, to guard, and to guide. “The Spirit and the Bride say, ‘Come.’”(6)

We may be crawling, but we are moving. We may even be bleeding, but we are still breathing. We are not out of the tunnel yet, but we are on our way home. And “creation waits with eager longing for the revealing of the sons of God”—so that the world, too, may breathe again.(7)

Kethoser (Aniu) Kevichusa is a member of the speaking team at Ravi Zacharias International Ministries in Nagaland, India.

The article was originally posted on A Slice of Infinity on July 12, 2018.