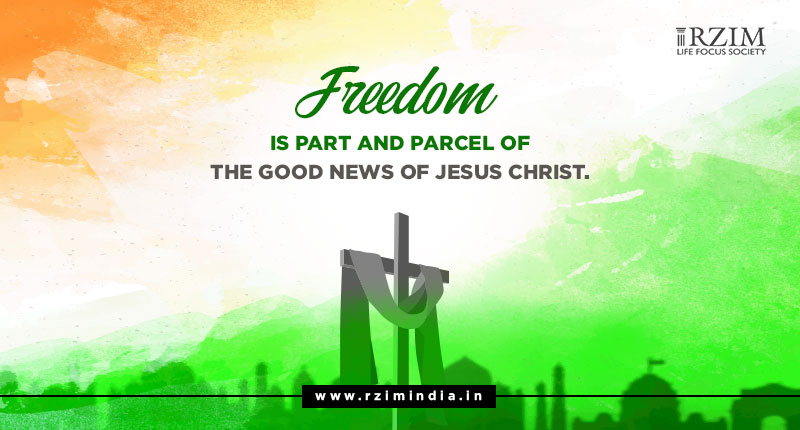 Freedom is part and parcel of the good news of Jesus Christ: “For freedom Christ has set us free” (Galatians 5:1). Christ sets His people free, first, from the evil one, the devil himself. For many moderns, this is no doubt an archaic, ludicrous idea. But the Bible teaches that there is an evil spiritual reality beyond us which it calls “the satan” (meaning “the enemy”). Satan is the enemy of God and God’s creation. Jesus called him a “liar and the father of lies”, and the Bible teaches that his sole purpose is to “steal and kill and destroy”. His ultimate tool and threat is death, and he uses it to keep humans under his bondage. But the death and resurrection of Jesus was to “destroy the one who has the power of death, that is, the devil, and deliver all those who through fear of death were subject to lifelong slavery” (Hebrews 2:14-15).

If Christ sets His people free from a slave master beyond, He also sets His people free from a slavery within. This is the second freedom, the freedom from sin. Belief in the reality of sin is today as unpopular as belief in the devil. But with a little bit of honesty and sobriety, we would all admit that there is a twistedness – a “tragic flaw” – within each of our hearts that no amount of tampering with external factors will alter. Another word for this is sin.

Injustice and corruption in the social and political realms are but symptoms of the disease of sin in the personal realm. We are all somehow enslaved by sin in our lives. But Christ sets us free from sin. Jesus Christ, the one and only sinless one, died to pay the penalty for the sins of the whole world; He empowers His followers, so that we need no longer hopelessly, powerlessly, and endlessly respond to the summons of sin; and He will one day usher in a sin-free world. Christ, in short, frees us from the penalty, the power, and the presence of sin.

Besides sin and Satan, Christ frees us from the self, the selfish self. The problem with the world is, each of us 7.5 billion selves is endlessly engaged in our own Copernican revolutions that place our puny selves in the centre of the universe. And the tyranny of the self is worst of all tyrannies, because it enslaves itself. But the freedom that Christ brings is the freedom that frees us from putting ourselves on the throne, as if everything and everyone else, including God Himself, were there to serve us. Christ begins a revolution that dethrones us, and enables us to put God and others before ourselves.

Paradoxically enough, the freedom that Christ offers becomes a reality only when we surrender to Him and are “enslaved” by Him. It is then, and only then, that Jesus Christ, the Son of the Living God, sets us free: “And if the Son sets you free, you are free indeed” (John 8:36).