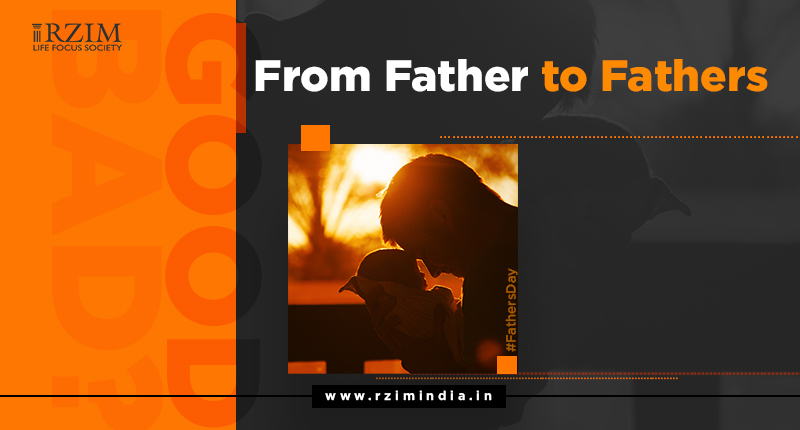 In the midst of all that, a question that occurred to me was: “If our mothers are so good, why are we so bad? Why are so many of our families so dysfunctional? Why is our society so rotten?”

The answer could well be: “Mothers are incredible. But fathers are terrible – that’s why!”

But Fathers’ Day is just around the corner too – and there will soon be the annual rendition of liturgies and paeans to the greatness and goodness of fathers.

So, it still begs the question, “If both fathers and mothers are so good, shouldn’t things be better – better than this, at least?”

This question seems reasonable enough. But if its logic is pressed further, we could well ask, “If God is so good and so great, why are we so bad? Why is the world so messed up? Why are His children so disobedient? Doesn’t our badness make God’s goodness specious?”

This is especially so because, in the Bible, God is presented as “Father.” This image of God as Father may be helpful for those who have good earthly fathers. God, they can imagine without much difficulty, is good like their father.

But for many, this representation of God in the image of an earthly father backfires. For that would conjure up unflattering ideas of God – bumbling, pot-bellied, unreasonable, selfish, inattentive, bad-tempered, exasperating, hypercritical, hypocritical, and so on.

This approach of beginning from earthly fathers and then projecting their characteristics onto God doesn’t quite work. And it doesn’t work because it is bad theology. In fact, it isn’t theology at all; it is anthropology. It anthropologizes God. It creates God in the image of human, and distorts and mangles the image that we have about God.

The biblical approach is actually quite the reverse. In Ephesians 3:14&15, Paul says, “For this reason I bow my knees before the Father, from whom every fatherhood [Gk. patria] in heaven and on earth is named.”

As fathers, this is both relieving and challenging. It relieves us of the terrible burden of thinking and acting as if God’s Fatherhood depended on our fatherhood. God-the-Father’s reality and reliability is wholly independent of our or our fathers’ frailties, foibles, and failures.

But it is also infinitely challenging, because it means that, as God is Father to His children, we are called to be father to our children, loving, guiding, providing, protecting and exemplifying for our children.

Still, there are no guarantees. Our children – God forbid! – can go astray. But in the story of The Prodigal Son, the prodigality and the hard-heartedness of the sons did not in any way diminish the greatness and goodness of the Father. They only highlighted and accentuated it. So too may it be that, as fathers in the image of Father, we agonize about our children when they go wrong – and rejoice over them when they return home!