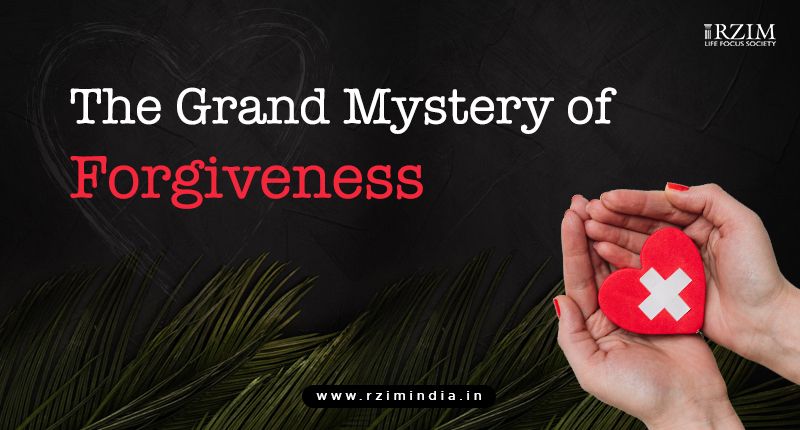 Is Jesus really being practical? Can His teachings be trusted with life and with its consequent practice? Is He downright apathetic to existential case points, by generalizing them with saintly ease without taking into consideration case-specific complexities?  If so, why should anyone press hard to seek any absolutes from his teachings? Why should we follow His set of rules in a world that either has scant respect for them or seem to manipulate the letters to get its job done? These were a few questions which I pondered within the few years of my committal to become a practising Christian. I hope you had them too!

The idea of forgiving an offender seven times seven (Matt 18:21,22) in a world that is out to make the most of one’s goodness, just seemed illogical. Never did these questions become a kamikaze-reality than when my ship docked in the harbour of the practice of forgiveness. Nowhere did I feel the pinch or the classic remorse than it was at the time to forgive a repetitive offender. Nowhere did I feel used and manipulated than when I tried to practise Matthew 5:44, or Matthew 5:38-42 to a blatant abuser.  And nowhere was I more unsure of myself and my decision making skills than when that offender said it’s time we bury the hatchet for good this time around.

What if a condition of domestic abuse persists in the life of a practising Christian and the abusing spouse keeps using that clause to get another chance while the victim has to keep enduring it? Is it still valid? I am sure there are many who have crossed this tenuous bridge in your walk with Christ, and what I propose here was not only a personal discovery of the mystery of forgiveness through my failed human experience, but also a near peckish nature of my curiosity and its voracious appetite to make sense of the near-to-impossible riddles and enigma.

This background of my blatant pessimism regarding this subject is the much needed murkiness to shine the pearl called Wisdom in the foreground. My failed marriage has a lot to do with this quality of darkness. The broken islets of trust, tattered wings of hope, and the chilling stab of supposed betrayal are things any couple should never be exposed to-EVER! But we living in dystopia cannot dream utopian dreams when the rug of faith is being pulled violently under our feet. The more one tried to be good  matters got worse as the other proved the worst. The more one practised forgiveness the other made use of it to become a repetitive offender. We both have to be blamed. My mind is still fresh of the visions of cold stares at one another while sipping hot coffee during our morning family prayers. As the doomsday clock of our marriage hit the crescendo in 2007, and as hearts separated furthering their somatic distance, we could sense our soft innocence crumbling down to give birth to a pretty hard carapace. Walks to the family court do take a toll on your patience as it makes you ruthless and unforgiving in certain ways. Hopes of being a practising Christian can go down the drain in that heartless jungle of predators and supply-food. No chance of a comeback, No chance of resuscitation, No chance of revival. And it stayed that way till we could unlock the Mystery of Forgiveness, the power of Love and the reality of regeneration.

By the year 2017, all this bleakness faded, giving way to a path of reconciliation; the hard exterior was transformed into a warm and cozy interior. Many had quizzed us as we minister as a couple, ‘How can you guys get back to living a life after 13 years of animosity with 10 years of recorded separation?’ If no one else, at least the vicar who solemnized our reunion quizzed us in a state of hapless wonder. And coming under the umbrella of a wholesome Christian Family devoted to serving the LORD, we have made a note of the reasons why and the lessons learnt during the passage of time. We hope it makes sense to you in your specific condition.

The list is not exhaustive owing to space but this is sufficient to shine that divine quotient in you as a great light to those sitting in darkness. I pray that we as the body of CHRIST understand this mystery of Forgiveness to the fullest and resurrect our innocence, from the bin of suspicion.