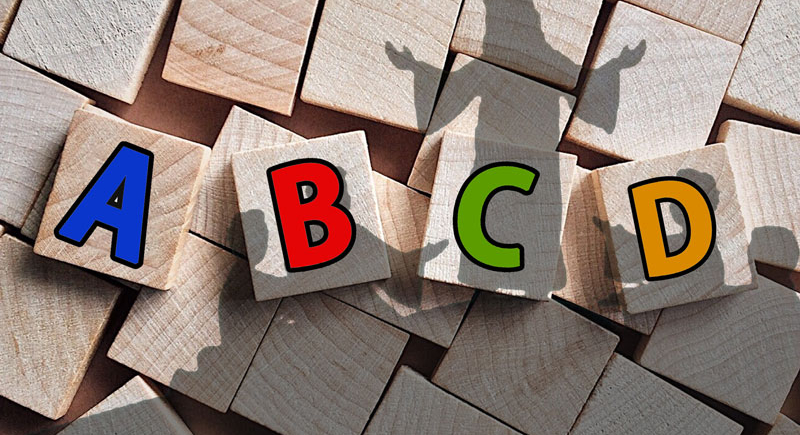 The ABCD of transforming society

A story is told of Dr Radhakrishnan, after whose birthday we celebrate ‘Teachers’ day’. On one occasion this one time President of our country during his years as a philosophy professor was teaching a class on ‘Guru and discipleship’. A student asked him: ‘Sir, can I be your disciple?’ Dr Radhakrishnan responded: ‘if you look for an absolutely perfect Guru, that can be Jesus only! Yes, dear friend, no one ever lived like Christ!’

Here are some lessons from the Master guru – Jesus Christ.

Available 24 X 7 – When some of the early followers of Jesus asked him, ‘Where do you stay?’, rather than giving a geographical answer, he responded, ‘Come and see’. The rabbi (teacher) was opening up his life to his disciples. That is not an easy offer as it means you are in a sense inviting others into your life.

Bridge-builder to the outcasts –  Jesus had no issue breaking social barriers to reach individuals. He was able to accommodate people with ease in His scheme, although the rest of society looked down upon some of them. His exchange with a woman at the well is a case in point. She was shocked that a Jewish man would ask her, a Samaritan woman, for a drink of water. She also had to overcome the fact that while she had many a tumultuous relationship with different men, this man treated her with dignity. As their conversation continued, his disciples returned and they were shocked as well and wondered what he was talking to her about! In another story, we find Jesus choosing to visit Zacchaeus, a man of no enviable reputation. The religious leaders were baffled that he went for a meal at a table where the man was a sinner. Remarkable though, without Jesus having to say a word, that sinner was transformed that evening.

Connected with his constituency – Jesus reached out to people in their contexts. He wasn’t merely giving discourses in the synagogue or kept an austere ascetic lifestyle, neither interacting only within an elite religious school. He walked the dusty Palestinian roads, he was in the marketplace with the masses, he spoke to many near the Sea of Galilee, he attended at least a wedding. He also hung out with people in their homes – Peter’s home, Mary, Martha and Lazarus’ home, Levi’s home, Zacchaeus’ home, Simon, the Pharisee’s home to name some. He literally lived among us.

Defended the vulnerable  – There was a time when parents brought children and babies to be blessed by Jesus. Although His disciples tried to keep the children away, Jesus reached out to them in earnestness. We find that Jesus was comfortable or rather, the children seemed comfortable in his presence.

Another time, we find an immoral woman who walked into a religious leader’s house and anointed his feet with her tears and an ointment. Her confidence in walking into that home must have been that this Jewish rabbi would come to her defence.

Interestingly, in my life’s journey, I found an appeal in every one of those Characteristics of Jesus. The fact that God meets us in our own terrain, reaches out and receives us just as we are, warts and all, and treats us with dignity was quite ennobling.

Yes, Jesus was a great and influential teacher; but more fundamentally, we need him because he is the only Saviour from sin and that is what his Name means. Someone said: ‘You catch a fellow stealing nuts and bolts from a railway track, put him in the best school, he will come back and steal the whole railway track’. Education can take us far, but our essential need is a change of heart. Information is good, but transformation is essential.