Posted in CultureRelationships
Home Page
>
Culture
>
Joker and our deep desire for recognition
Posted on December 4, 2019December 4, 2019
by Jacob Cheriyan

It became apparent to me as I watched the movie Joker that the primary theme that the movie seemed to explore was the concept of ‘recognition’. The innate need in each one of us to be seen and to be heard. The movie starts with Arthur Fleck (who later becomes the Joker) struggling with mental illness and is almost invisible to the world. His job requires him to wear a clown outfit and advertise for a local store, thousands pass by him without ever noticing him.

He longs to be in a relationship where he is noticed and cared for by someone who loves him. This longing coupled with his mental illness pushes him into a delusional fantasy about a nonexistent romantic relationship with his neighbour. We later see Arthur Fleck crying in front of Thomas Wayne who he believes is his father, begging him to accept him.

Finally, he dreams of being recognised by his comedic idol, Murray Franklin (played by Robert De Niro) and when he finally meets him, the joker says, “you don’t recognise me” and then shoots him. Immediately after this we can see the Joker walking the streets and the entire city in chaos. Thousands have taken to the streets wearing the Joker mask, vandalizing the city, echoing the suppression that the Joker has felt all his life.

Similar theme explored in other movies

Two other movies that explore a similar theme are  ‘Chaappa Kurishu’ and Martin Scorsese’s ‘Taxi Driver’. In the Malayalam movie, Chaappa Kurishu Ansari who lives in a slum and works in a supermarket is virtually never recognized by anyone. But he finally gets some recognition by an upper middle-class guy only because he accidentally finds his lost phone. Ansari finally feels a sense of recognition when someone who is wealthy and affluent needs him, even if it is just to retrieve his phone.

What is striking though is that all three movies end in violence. Chaappa Kurishu ends in a vicious and bloody fight between the two main characters. Taxi Driver ends in a deadly shootout and Joker ends with mass violence on the streets right after the Joker outrageously assassinates his comic idol.

All three movies point to the fact that if the innate need for recognition is not resolved in an appropriate way, then the only way by which it will be resolved is through violence. A sudden burst of rage and resentment that has been suppressed within for too long. A brutal lashing out into the world because the world has failed to acknowledge them.

Joker on the streets

It comes as no surprise then that the violent protestors around the world are taking up the symbol of the joker. Different masks of the Joker are being worn by thousands who are taking to the streets to vent their anger and frustration. The symbol of the Joker seems to soundly resonate with the protestors’ feeling of being unseen and unheard by those in power. Whether the protests are in Hong Kong, Iraq, Chile or Spain, the mask of Joker is seen to be donned by protestors the world over.[1] 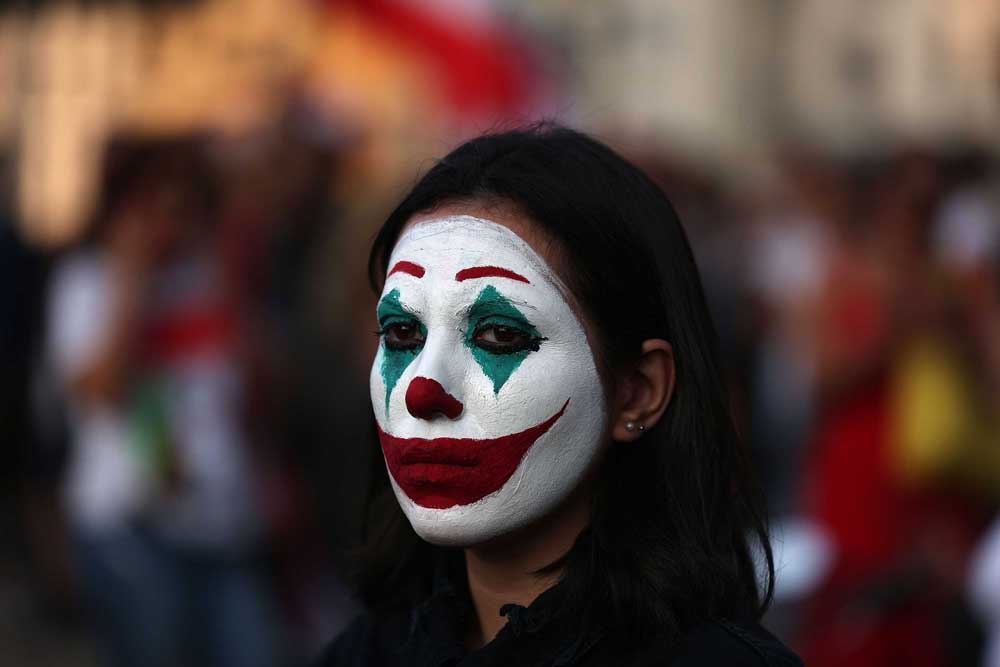 The notion of recognition has been written about by many political philosophers Including John Locke and Karl Marx. The importance as well as the ways and means by which politics needs to tackle this basic human need for validation is emphasised in almost all political philosophies. But can politics ever resolve this issue? Is it even geared for such a task? However great a nation’s political schemes or policies, politics can only tackle the issue in groups, never at an individual level. Politics works with the masses, it works with groups, classes and categories of people. But the problem of recognition is an individual problem, it lies deep within the particular human being and hence can only be solved in one place —  God.

Finding the answer in God

Religion provides the answer to man’s most basic need for recognition. A deep-seated condition that only the eternal one can fill. Devdutt Pattanaik states the reason why many idols in India have big eyes are so that the devotee gets the sense that the god sees them and recognises them. That through it, they at least feel validated. [2] The religious iconography shows that deep down inside human beings desire deeply for a higher power to see them in their particular situations. But is a mere feeling of validation enough to resolve the condition within?

In Genesis 16 we see the story of Hagar. Hagar was fleeing away from her master Sarai. She is alone with her son and is overwhelmed with feelings dejection and abandonment. We see in the passage God comforting Hagar in her situation and giving her hope, to which Hagar finally replies in verse 13, “You are a God who sees”. It is not just a feeling that God is present with her, but an absolute assurance that God has come down to her situation and seen her through it. It is of paramount importance that the God we give ourselves to is not just a psychological projection or a feel-good factor but a real Being who is real and outside of ourselves.

In Matthew 18:12 we see this parable of Jesus in which the shepherd leaves his 99 sheep to go after his one lost sheep. The story shows how God revealed in Christ values each one of us individually and validates us. That we are not only seen by God but loved so much that we are sought after by Him. If the need for recognition is not resolved in a loving God then we will be pushed to look for it in something or someone else and no temporal thing can ever fill that gaping void in us.