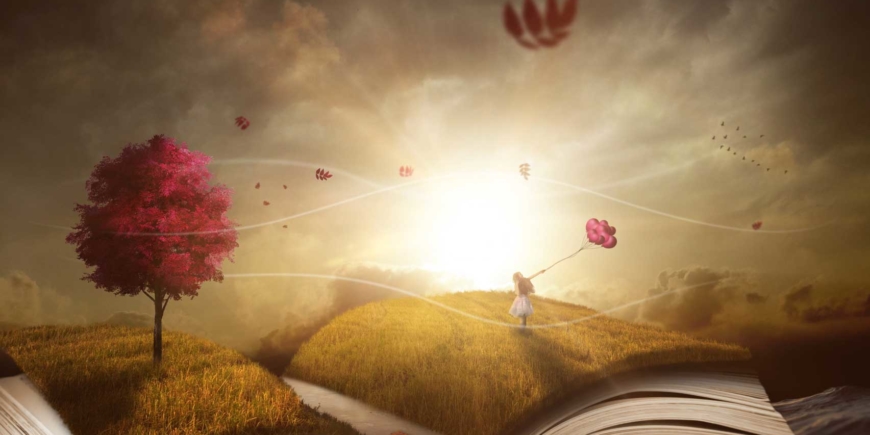 In a world of increasing pluralization, the Christian faces many new challenges. What is the best way to reach people with the gospel in such a multicultural context? I believe one way is by understanding and learning to explore the power and pull of stories in our lives. The history of apologetics provides various models that we can learn from as we seek to connect. One model, borne out by such authors as C.S. Lewis, J. R. R. Tolkien, and Dorothy Sayers, is the use of creative and imaginative storytelling. Indeed, in our postmodern world, narrative may connect in ways that propositional truth statements (which the postmodernist often rejects) sometimes cannot. “It is this primary importance of the story that originally drew me to the movies,” says screenwriter and Christian Brian Godawa. He continues, There’s just something about a good story that makes me sit up and listen: the captivation of narrative, the magnetism of drama, the curiosity of interesting characters and the meaning of it all. It’s no wonder Jesus used parables and stories to make his points and explain the unexplainable nature of God’s kingdom to his followers. A story enables us to understand a transcendent reality we may not otherwise have been able to grasp with mere rational abstraction. Drama brings to life the issues of life. (3) Consider, for example, the story that naturalism offers to explain our deep love and seeming need for narratives. According to the naturalist’s script, our hunger for the dramatic is merely a social construction to provide meaning as a palliative to an otherwise meaningless existence. Or perhaps we have a “story gene,” which scripts us to simply dramatize the natural and normal happenings of life. Yet, might the power and pull of stories be an intimation of something greater, more profound, something ultimate? This is, in fact, what the biblical narrative suggests; we are part of a grand story that began before we humans even came into existence: God rescued us from dead-end alleys and dark dungeons. He’s set us up in the kingdom of the Son he loves so much, the Son who got us out of the pit we were in, got rid of the sins we were doomed to keep repeating. We look at this Son and see the God who cannot be seen. We look at this Son and see God’s original purpose in everything created. For everything, absolutely everything, above and below, visible and invisible, rank after rank after rank of angels—everything got started in him and finds its purpose in him. He was there before any of it came into existence and holds it all together right up to this moment. And when it comes to the church, he organizes and holds it together, like a head does a body. He was supreme in the beginning and—leading the resurrection parade—he is supreme in the end. From beginning to end he’s there, towering far above everything, everyone. So spacious is he, so roomy, that everything of God finds its proper place in him without crowding. Not only that, but all the broken and dislocated pieces of the universe—people and things, animals and atoms—get properly fixed and fit together in vibrant harmonies, all because of his death, his blood that poured down from the cross.(4)

Curtis Chang attempted to share the gospel with his fellow students at Harvard. He soon found that the usual methods and approaches he had learned were met with a total lack of resonance or sympathy from his audience. How, he wondered, can we present the truth about Jesus to a postmodern world that views all such claims as merely arbitrary or irrelevant? He was encouraged to discover that the church has wrestled with similar questions for two thousand years, and he examines them in his book, Engaging Unbelief: A Captivating Strategy from Augustine & Aquinas.(5) Chang’s book is an insightful quest for a better way. Drawing upon the biblical injunction to “take every thought captive” (2 Corinthians 10: 5), Chang outlines a rhetorical strategy of sharing the gospel with three main components: first, entering the challenger’s story, second, retelling the story, and third, capturing that retold tale within the gospel story. He uses the works of Augustine and Aquinas to show how they employed this approach in their respective contexts, and by doing so, won a significant hearing for the gospel. (6) So what does this strategy look like? First, by entering the challenger’s story, we initially operate within the challenger’s worldview. Then, having entered this story, we may retell the story from the inside while offering a perspective that may not have been seen. That is, we reinterpret the story within the framework of the challenger’s own terms.

Finally, once we’ve entered the challenger’s story and retold it, the final stage is to capture the retold tale with the power of the gospel. The goal or aim is not to attempt to explain everything, but to show the power of the gospel to do more fully what the original storyline can do only partially. For an excellent example from Scripture, look at Paul’s discourse before the Areopagus in Acts 17.

How we need storytellers, writers, and dramatists to offer fresh approaches to connect with reality that are rooted in God’s story. Yet each of us who longs to be faithful to the gospel and effective in connecting with postmodern listeners needs what A.W. Tozer calls a “sanctified imagination.” In his essay “The Value of the Sanctified Imagination,” Tozer observes, the value of the cleansed imagination in the sphere of religion lies in its power to perceive in natural things shadows of things spiritual. It enables the reverent man to ‘See the world in a grain of sand and eternity in an hour.’ The weakness of the Pharisee in days of old was his lack of imagination or what amounted to the same thing, his refusal to let it enter the field of religion. He saw the text with its carefully guarded theological definition and he saw nothing beyond…. I long to see the imagination released from its prison and given to its proper place among the sons of the new creation. What I am trying to describe here is the sacred gift of seeing, the ability to peer beyond the veil and gaze with astonished wonder upon the beauties and mysteries of things holy and eternal. The stodgy pedestrian mind does no credit to Christianity. (7) Human beings are hungry for stories, and ultimately—though they may not know it—for the one true story. To reach them we must enter their story, learn how to retell that story, and then capture the retold tale within the gospel narrative. May God grant us his grace and wisdom as we aim to become grace-filled and creative storytellers.

The article first appeared in the RZIM  magazine Just Thinking

(5) For an expanded summary and review of Curtis Chang’s book, see the archived Just Thinking article “Metaphors WeLive By” online at http://www.rzim.org/justthinkingfv/tabid/602/articleid/6605/cbmoduleid/881/default.aspx.