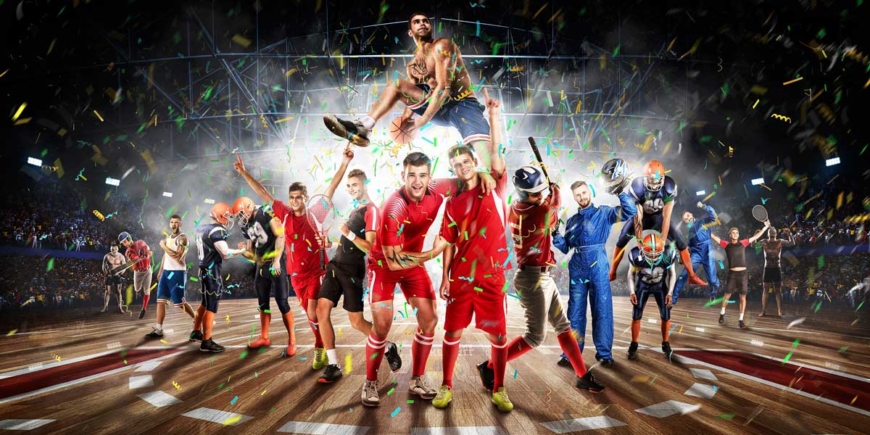 In a video of a rain-hit match, Tennis great Novak Djokovic is seen waiting on the sidelines with a ball boy holding an umbrella for him. Djokovic called the youngster over and made him sit next to him and shared a drink and a conversation with him while holding the umbrella himself. You could say different things about the picture – the security that Djokovic felt as a person by sharing his social space with a seemingly not-so-well-known young man, or the sensitivity he expressed towards the young person standing in the rain… My wife sent me this video and I would do well to find out what the message for me was, from this video.

However, I found myself making this observation after I saw the video. A real hero is one who realizes that he is not really a hero (that all are equal and gifted differently). An inauthentic hero behaves like he is a hero (who doesn’t take into consideration his limitations / given privileges). Then there is the not-so-straight one who pretends he is not a hero or downplays it, in order to look like one (inauthentic). To me, Djokovic is a real hero.

But, how easy it is for us to put on a façade like the third one! We try imitating people and, in the process, fail to do justice to the call in our own lives.

At the outset, let me admit that we are social beings who influence one another. My concern here however, is that we sometimes miss the uniqueness and yield to peer pressure to conform.

I have often heard Os Guinness distinguish the primary and secondary call for every believer in Christ. The primary call is the same for all Christ followers, while the secondary call is the one where every individual’s distinctiveness comes into play. We are not assembly line products that are uniformly delivered or ‘machine-cut’, in which case, the gospel would even become a formula. I am so privileged to work with an organization where each of us is given much space to engage with God and in our own contexts.

Here are some brief life lessons on prayer, vision and work.

What is your prayer?

Many of us are guilty of running a religious life with borrowed prayer. The issue is not with the ‘goodness’ of the borrowed prayer, but rather that we sometimes casually, lazily or unthinkingly imbibe those prayers without sufficiently engaging with them ourselves. Such prayers may lack depth or meaning and if we listen to our Lord’s voice, we might hear – ‘Well, what is YOUR prayer?’ No wonder Jesus asked this more than once: ‘What do you want me to do for you?’

What do you want me to do?

Secondly, there is a tendency to borrow ideas and the whole paradigm from another (even worse when done without giving sufficient credit) and a new church/ or an organization/ method is founded. Now, we all learn from each other and there are tested methods which need to be replicated. On the other hand, the need to engage with the vision, to the point of internalizing it, and then coming up with a customized version cannot be over-emphasized – recognizing that there is a unique plan for each of us in God’s kingdom. If not, we end up attempting to fit a square peg into a round hole because of the pressure to live up to a certain recognized vision.

I find it fascinating that Jesus called his twelve and yet gave each a very different ‘secondary call’ to serve with conviction. Further, one of the benefactors of Jesus’ healing and exorcism wanted to follow Him and Jesus categorically directed him to go and tell people in his village what God had done for Him. Another man offered to follow Him, but requested for more time, but Jesus told him – ‘Let the dead bury the dead, you come and follow me’. But then He called people from very unlikely backgrounds – Levi, a tax collector and an immoral Samaritan woman (each of those distinctives would have been a barrier in those times), who turned out to be His first evangelist.

Not surprising that when Peter was commissioned for the ministry after Jesus’ resurrection, he enquired John’s ‘secondary call’ and Jesus silenced Him quite sharply – suggesting, ‘Mind your own business’.

What is your question?

It is surprising but true that many a questioner wouldn’t have sufficiently engaged with a question when they stand up to raise an objection. The task of the apologist then becomes one of helping the questioner identify his or her ‘real’ question before presenting an answer.

I recall an exchange with a young man at a youth camp. There were University students from different religious backgrounds. During the Q&A one of them wearing a cross around his neck stood up. He began: ‘I hear you are preaching Christ, but to me, all religions are the same. What is your response?’ Surprised that a young man sporting a cross would ask that question, I retorted: ‘That is interesting. Could you let me know on what basis you claim that all religions are the same?’ A bit taken aback, he clarified: ‘No, actually I am an atheist.’ But I countered: ‘You have a lot of thinking to do. You just said all religions were the same and the very next moment you claim you are an atheist.’ He insisted: ‘No, I am an atheist.’ I then checked with him again: ‘Do you have enough reasons to be an atheist?’ At this point, he objected saying, ‘You are the one who made a claim about Jesus. The burden of proof is on you. You need to defend your position’. I assured him that I would give my reasons on why I believe Jesus is God but wanted to know if he had substantial reasons why he was an atheist. He cheekily responded: ‘No’. I then asked him if he would mind if I helped him phrase ‘his’ question. He said ‘Go ahead’. So, I said “this is what I hear you say: ‘You are preaching Jesus Christ. Can you give me good reasons why you claim Him to be God? I am however an atheist, although I don’t have good reasons for being one’. He conceded with a nod.

Asking questions in the course of a conversation helps one identify the ‘real’ question behind a question. It is only when the actual question is articulated, that a pointed answer can be enunciated. It is like the smooth meshing together of the teeth of the wheels in a gear mechanism. That is engagement.

We need to discourage people from asking questions that are not their own or to hide behind others’ views and spending their lives serving a view they haven’t completely thought through. This calls for a pastoral apologetic as we take the extra step to apply the tools of apologetics into an individual’s actual question.

Remember the words of Jesus to Pilate: ‘Is that your own idea or did others talk to you about me?’

How then shall we live now?

The God of the Bible is truthful and expects people to be truthful. We read in the Bible – ‘those who search Him in truth will find Him’. The Psalmist also declares, ‘You desire truth in the inwards parts’. How important then for us to be authentic in our prayer, articulate our real question and serve Him fulfilling our unique call.

God invites you and me to discover our real desire (prayer), our honest service (work) and our faithful sermon (word).

In one of the famous speeches in recent decades, Steve Jobs said, ‘Your time is limited, so don’t waste it living someone else’s life… have the courage to follow your heart and intuition’. If I may customize it – listen to God’s voice – follow His call to you.

Cliff Richard sang many years ago, ‘we are under the influence of somebody all of the time’. It will be helpful to know who or what influences us. Paul writes in Romans 8 that ‘those who are led by the Lord are the children of God’.