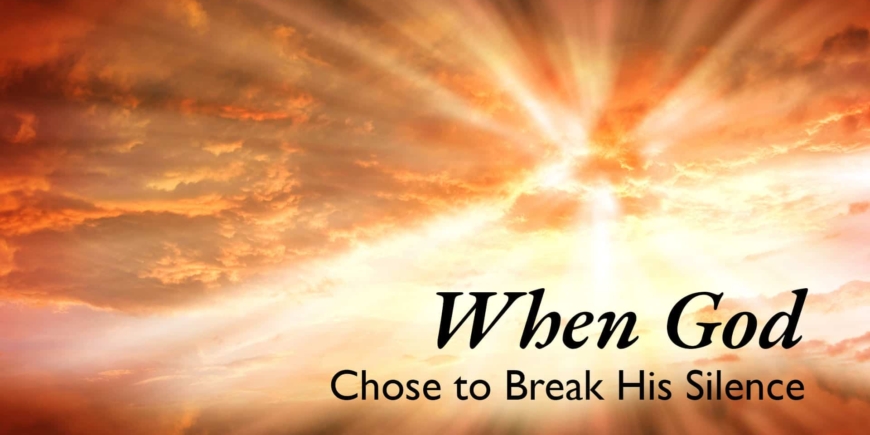 For some, the arrival of the Christmas season and, with it, the symbols, the songs and the many activities that accompany it, can, at times, hijack the very reason why we celebrate it in the first place. For others, Christmas can be so familiar that we sometimes wonder whether anything fresh and true can, at all, be said about it.To explore its meaning, let us consider a few important historical texts which are closely associated with it.

The Gospel of John mentions the historic birth of Jesus Christ by stating that “The Word became flesh and made His dwelling among us” (John 1:14). John’s reference to Christ as the ‘Word’ carries with it a very special meaning for both the Greeks as well as the Jewish audience. For the Greeks, the Word (‘logos’ in the original Greek) signifies the power of reason. In Greek philosophy, reason is not only considered to be supreme but it is the rational principle by which everything else exists. Whereas for the Jews, the Word is used to connote God’s powerful act of bringing the entire Creation into existence.

John’s unique approach is quite evident from all the other Gospel writers such as Matthew, Mark and Luke. For instance, while the other Gospel writers emphasized a great deal on events surrounding His birth like the manger, the visit of the wise men and other details concerning His ministry, for John, the primary focus is the identity or the essential nature of Christ. In other words, his objective is to introduce Christ to the world as the incarnate son of God – the only One who made the claim, “I know where I came from and where I am going” (John 8:14). In fact, he went on to reveal that the purpose of this Gospel being written was that its readers might believe that Christ is the promised Saviour and through their faith in Him, they might have life (John 20:31).

Living in the age of the internet, we sometimes pride ourselves on instant or rapid communication but very often, our communication can be shrouded in mystery. The reason is our communication, at times, can be vague, superficial or even fuzzy. For centuries together, God, had been a mystery until He chose to break His silence. John reminds us that the first time God spoke, the whole creation sprang up. Furthermore, God continued to speak (or reveal) to his people through His prophets (Heb. 1:1), thus culminating in the person of Christ or as John puts it, the ‘Word became flesh’. However, John’s usage of the term ‘Word’ goes beyond the meaning that the Greeks and the Jews had in mind. A Sunday school student captured it well when asked, ‘why Jesus was called the ‘Word’, he said, ‘Jesus is all God wanted to say to the world’.

At Christmas, this incarnate ‘Word’, ultimately made His dwelling among us (John 1:14). The incarnation speaks of a God who is willing to embrace our humanity with all its vulnerability, brokenness, suffering and death. In fact, in identifying with humanity, He, in effect, provides a way for humans to be drawn into His own divine life, so much so that John announces the wonderful truth that all who received Him and believed in His name, to them He gave the power to become children of God (Jn. 1:12).