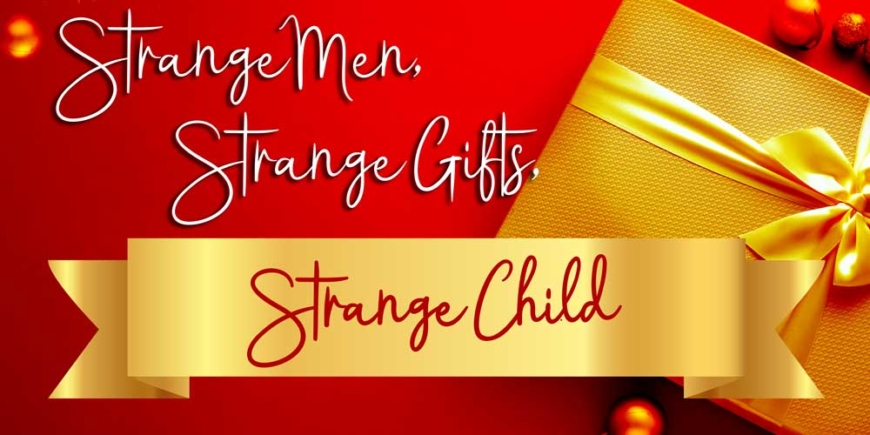 The word “Christmas” conjures up many images in our minds. The most popular one, I guess would be “gifts”, to the extent that ‘Christmas’ and ‘gifts’ could well be synonymous. Choosing gifts is no joke. Especially when it happens to be for one’s spouse. Somehow, it was way easier, you say, before marriage. Whatever happened after marriage? Whatever!

Not too long ago, I had the unwelcome privilege of choosing a gift, this time, for a new born, of all people. Now that my gifts have earned me enough ire from grown-ups, I thought, I’ll venture into a safe zone. I promptly realised this was a greater ordeal, because you had to please a host of others with your choice. Parents, uncles, aunts, grandparents’ et al, everyone, besides that poor little beneficiary of my choice, seemed to have an opinion. Give me a break! How on earth does one choose a gift for a new-born baby boy? The only thing I knew was not to choose colour pink and I knew this much that it had to be blue. Beyond which I had no clue. From cribs to bibs, the options were endless. The women from Venus somehow  seemed to be specially wired for this, as long as the men from Mars financed the expedition.

The Good Book records a true event of ‘strange men’ from the East who’d embarked on an arduous journey to worship, with ‘strange gifts’, this ‘strange child’ born of a virgin. These men are referred to in the Scriptures as “wise men from the east”, Magi. I wonder how the scene would have been if they were ‘wise women’. First, as someone said, they would have asked for directions from others and reached there on time (The men indeed arrived late, vide the original script, and that’s a no brainer). Secondly, it is also claimed, that the women would have brought far more practical gifts! It could have been anything from a rattle to a feeding bottle, to baby lotion and diapers, wet wipes or Similac. Mother’s Horlicks and lots of fruits too, for Mary, but never a gift of Gold, for an infant boy! given the chemistry between women and gold.

But the Bible records that these were men, wise men. And sure they were. Their strange gifts indeed betray their wisdom. To the informed, the symbolism in these gifts is unmistakable and truly humbling. The ancients were anticipating for centuries, the Messiah, the Saviour, the King.

The fist gift, Gold, was symbolic of the fact that this humble baby, in his modest environs was much more than what met the eye. He was a king. The King. They were looking for a Political King. But alas, there was more cleaning up to do, the mission was far more intense and greater and hence required, as the Good Book says, the “King of kings”, the Spiritual King of all Creation over all the Political kings of the world. Christ the King. A humble King who didn’t come on a horse in all his power and glory, but the peaceful King who came on a meek colt. The Prince of Peace. Not for war, but to reconcile.

The second gift, Frankincense, is an expensive aromatic resin used in incense and perfume. Used by priests in rituals as a fragrant offering to God. Symbolic of prayer and communication with God, this gift reiterated the fact that this Child Jesus was God communicating to us the extent of his love.

The third gift, Myrrh, is another expensive aromatic resin used as incense and perfume. Only that it was reminiscent of death! It was used in embalming the dead in ancient times. This therefore was symbolic of death and burial. That God came to die. The Son of God (Jesus) became the Son of Man so that the sons of men might become the Sons of God, as a wise man once said.

This strange God-Child’s entry into the world is welcomed and worshipped by the wise men from the east and through their gifts they seem to be overtly communicating a profound truth that can forever change our destinies, if only we pause to ponder and receive it. That the King of kings (Gold) showed the extent of his love for us by communicating (Frankincense) to us through his death (Myrrh) on the Cross, the price that was required to purchase us from the clutches of sin and eternal separation.

This Christmas would you refuse to accept this ‘Strange Gift’, the God-Child Jesus Christ into your hearts and homes?