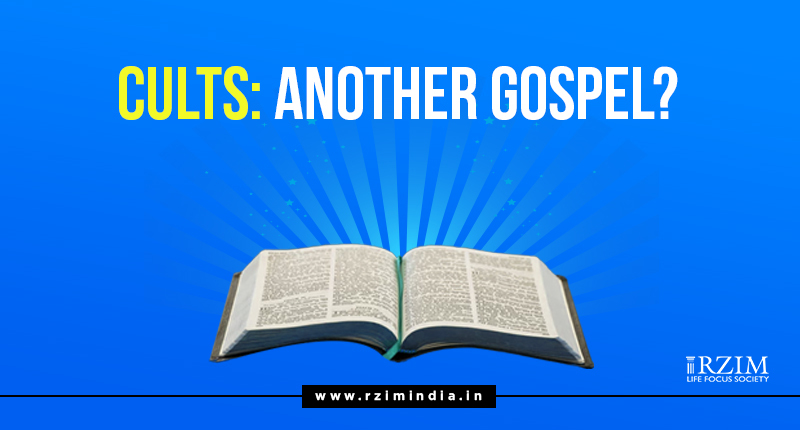 Cultic tendency within Christianity is not something new; it has been there since the first century, perhaps, because by nature, human beings have the tendency to deviate from the truth. The word ‘Cult’ is so loosely thrown around, particularly in religious circles, that it has been used to describe almost any movement or group that comes out from, or rebel against the mainstream. What then, do we understand by the word ‘Cult’?

In his book, The Rise of the Cults, Walter Martin1 defines ‘cults’ as “a group of people polarised around someone’s interpretation of the Bible” and “characterized by major deviations from orthodox Christianity relative to the cardinal doctrines of the Christian faith, particularly the fact that God became Man in Jesus Christ”.

What are the reasons for the emergence of Cults? The faultlines and cracks that can creep into the structure of the Church often lead to the formation of cults. These faultlines can be the lack of in-depth teaching of the Word, lack of personal/pastoral care, or leadership issues and crises. Secondly, as mentioned earlier, the inherent human tendency to deviate from the truth – that mysterious pull and attraction towards lies and untruth that has characterized mankind almost from the very beginning of his existence. Thirdly, a wrong interpretation and understanding of the Bible leads to wrong responses to the needs around us.

In order to help us understand and meaningfully respond to the questions raised by cults, we need to look at the general characteristics that define them. Though this article is not meant to be an exhaustive study of Cults and their belief system, yet, based on conversations with a few such groups, there may be observed four doctrinal deviations and three structural-leadership characteristics. The main doctrinal deviations of many Cult groups are along the following lines:

How, then, does one counteract the destructive elements that exist in the very nature of Cults? Because of the indoctrination that goes on in cults, it becomes extremely difficult for a person who is part of such a group to come out of it.  The best way to prevent a person from getting trapped into a cult in the first place, is by ensuring sound biblical teachings in our churches and fellowships. It has been said, that when people know the original, they will be able to identify the counterfeits. This is one of the methods by which bankers were taught to identify fake notes from the real ones. While it would be a waste of time to study the counterfeits because of their sheer number and because they come in different shapes and sizes, it is worth studying the original closely, not only because there is only one, but because knowing it will anchor us firmly in our faith and our belief and protect us from being tossed about by the wind of many wrong teachings.

In engaging with cult members, it is important to listen to their personal stories. Most often, we will realize that people who join a cult do so because of a lack of something or the other in their previous fellowships, or even in their lives, a lack which may be used or exploited by the cults. The lacunae can range from a lack of fellowship and genuine concern for the individual, to the all too common sense of apathy and indifference existing in large church groups or the hypocrisy and lack of Christian principles in the church. Instead of judging or ridiculing cult members, we should try to understand and connect with them. By listening to them and genuinely caring for them, we show respect and, in turn, we earn their respect and their ears. It is essential that we explain and clarify Christian doctrines that they did not understand or those confusing to them, doing this, however, in love, humility and with sensitivity. When we have gained their hearing, we can then point out contradictions and inconsistencies in their belief system, helping them to start questioning their doctrine and leadership and allowing them to form their own opinion and conclusion about their own faith.

The most powerful means of drawing people to the truth, however, is by leading authentic and genuine lives shaped by the gospel of Jesus Christ. This is why, Paul3 exhorts Timothy to watch both his life and his doctrine closely. The two are closely intertwined. If someone lives a good life but follows an unsound doctrine, he/she becomes a heretic. Again, if someone believes in sound doctrines but the life lived is just the opposite, he becomes a hypocrite. As Christ’s followers, we are to watch both our lifestyles and our doctrines closely. Only thus, can we truly live wholesome and authentic lives.