Posted in Science
Home Page
>
Science
>
Is the Bible a Science Stopper?
Posted on September 17, 2019August 11, 2020
by Balajied Nongrum 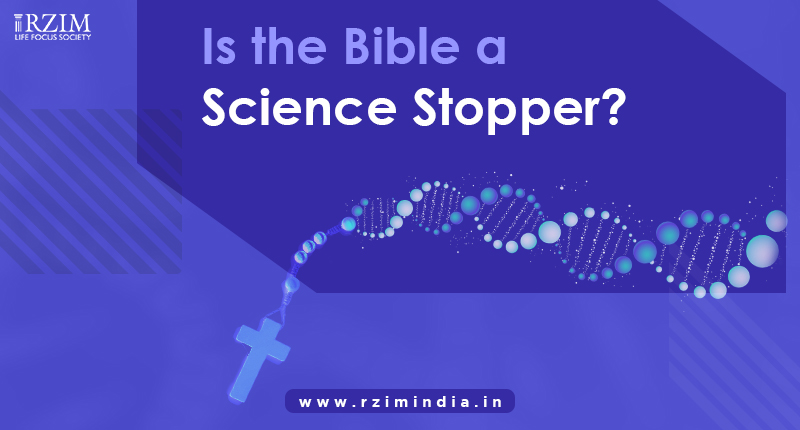 When it comes to the relationship between the Bible and Science, many people today as well as modern academicians, seem to be of the opinion that Bible and Science are sworn enemies. Perhaps one reason is that Science as an academic discipline is perceived to be primarily concerned with concrete evidence and reasons and the Bible, on the other hand, is concerned with issues such as faith or the invisible world (i.e., devoid of evidence and reasons).

Under the influence of two writers during the 19th century, i.e., John William Draper and Andrew Dickson White, the metaphor of warfare to describe the relations between Bible and Science gained more and more momentum during the first half of the 20th century.[1] In this warfare, science seems to have eliminated the necessity for  God because ‘Science’ seems to have apparently solved every mystery concerning this world. Similarly, ‘methodological naturalism’, we are told, is the only available framework to interpret reality and any attempt to reintroduce the Biblical framework while interpreting reality is likely to be seen as an obstacle to the progress of science. Furthermore, to make things worse, today many seem to have also ignorantly bought into the opinion that the Bible is indeed a science stopper!

However, when one analyses critically one would discover that the discipline of science is based on certain first principles and assumptions established in philosophy. These assumptions are metaphysical (meaning “beyond the physical” which exists and are real) in nature and have priority over all scientific investigations or experimentations.[2] Although it is true that science as a discipline has certain metaphysical assumptions, yet it is the Bible that ultimately helps provide “the metaphysical foundation for science and helps to ground the latter by explaining the necessary preconditions for science.”[3] Thus implying that science is an invented institution.[4] In fact, it was the Biblical worldview that provided the intellectual scaffolding on which the entire edifice of scientific enterprise could be erected. For instance, the existence of an objectively real physical universe which is created and held by an omnipotent personal God and human capabilities (Genesis 1:27-28) of artistic creativity, rationality and freedom gave the guarantee for investigating nature without fear.

Furthermore, the role played by extra-scientific factors in the shaping and making of modern science is often overlooked. Beliefs, assumptions and socio-political factors that motivated scientific research have no place in our science textbooks. As a result, the positive influence of the Biblical worldview on scientific progress is seldom acknowledged in the contemporary world. Therefore, it should not surprise us that the founding fathers of modern science were devout Christians like Isaac Newton, Pascal, Kepler and Copernicus, etc. For them, their faith and profession intersected.[5]

In summary, there are four important reasons to believe that the Bible played a vital role in the development of science and they are as follows:[6]

First, the Bible laid the philosophical foundation for the scientific enterprise such as nature is real, the reliability of the human reason, and that nature can be an object of study.

Secondly, the Bible provided the moral sanction for doing science. Since the creation was ex-nihilo meaning that it was created ‘out-of-nothing’ and the created nature had great value as per the Christian revelation. Furthermore, from a Biblical point of view, Science was justified as a means in serving the objective of providing relief to human suffering.

Thirdly, the Bible supplied the motives for pursuing science. Biblical theism had always affirmed that the world is the handiwork of a transcendent God whose creation is coherent and unified. This meant that the world should be regarded as a place where events occur in reliable and predictable fashion.

Lastly, the Bible played a role in regulating the course of science. The presuppositions about the world that allowed the transition from science to technology were provided by Christian convictions. Human beings are thus free to (creatively) manipulate nature theoretically through mathematical models and practically through experiments.

Science may have its philosophical assumptions but the foundation for its framework rests ultimately on the Biblical worldview.[7] Francis Bacon who is also known as the father of modern science said that, ‘Science was born in the bosom of Christianity’. Therefore, to say that the Bible is a science stopper is entirely false.