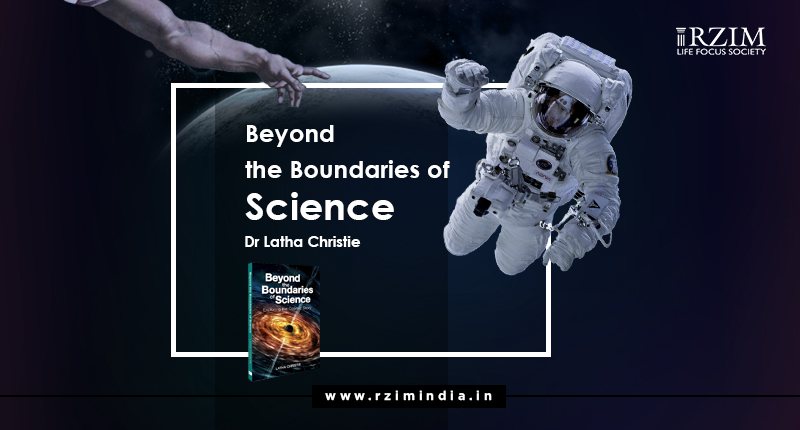 In today’s post-modern culture of smart-phones and GPS, the millennials struggle with a major shift in thinking—questioning truth claims and denying absolute truth. Amidst this culture, the ultimate questions in life still linger: Where did I come from? (Origin) What is the meaning of life? (Meaning)  How do I know what is right and wrong? (Morality) and Where do I go after I die? (Destiny). When the books of Richard Dawkins proclaim God as a delusion and those of Stephen Hawking and Atkins declare that God is non-existent and the whole universe popped out on its own, and science has eliminated the need for a cosmic purpose, the poignant question erupts: Is faith against reason?

More than a decade ago, when I met the Lord of the Universe in death bed while on the ventilator due to a massive Pneumonia, and heard His Voice that He was giving me a new life, I knew for sure that He exists. And through the pages of the Bible, I found that this God is not only powerful but also extravagant in His love. As a scientist by profession for more than three decades, I wanted to know whether scientific evidence points to this God of the Bible or not. Also, the vastness of the universe fascinated me and instilled a feeling that there is more to the universe than what meets the eye.

I found that this question of origin has enchanted many philosophers and scientists over centuries because a well-grounded understanding of this key question of origin will help in exploring the other most profound and eternally significant issues:  What is the meaning of life? And where do we go when we die? That propelled my research for the last four years on the origin of the universe and life—How did the whole universe start? Is it possible to know the agent and event of creation?  How did the laws and constants of Physics come into existence and who controls them? If the universe has a beginning, will it have an end? How did life start on planet earth? How to account for all the complexities of life?

I searched for evidence from the latest research in the various disciplines of science, namely archaeology, physics, biology, geology, genetics, and cosmology by journeying through the Big Bang, through the birth and death of stars, through the formation of galaxies and our sun, through the origin of water on our planet, and  the beginnings of living organisms—single-celled organisms, multicellular organisms, fish, birds, animals and human beings. And this research gave birth to my new book—Beyond the boundaries of science: Exploring the cosmic story. In the light of the rapid pace of scientific developments, this book explores a few of the enduring and exciting mysteries of science and the many cosmic puzzles that accompany our greatest scientific advances like the black holes, the apparent fine-tuning of the universe, and so on.

As for me, the scientific investigation led me to a greater knowledge of God, the Creator of the universe and pointed me to a divine architect who has created a finely tuned universe that functions in a consistent manner expressive of the character and wisdom of its designer. The research also revealed that there are significant gaps in scientific understanding, which can only be filled by metaphysical truths, presented in the Bible and that science and Scripture are two sides of the same revelatory coin of the Creator God. I also found that the creative process described in Genesis 1 can be related to the latest scientific evidence.

The details of this relation between the creation sequences and the scientific evidence are presented in the book using a new model called Revelation model, that interprets Genesis chapter 1—as a description, divided into days of revelation, of a series of long epochs. This model could possibly resolve the controversies among various Christian groups who interpret Genesis 1 differently.  The evidence and interpretation presented in this book will help the reader dive into the mysteries of both science and Scripture, where faith and fact intersect. This book is a great resource for the questioning mind and especially for our millennial youths to know that faith is not against reason and to stand boldly for the glory of God.

Dr. Latha Christie is a senior scientist from Bangalore working with the DRDO, Ministry of Defence, for the past 32 years. She’s also completed her MDiv and is working for the Lord.